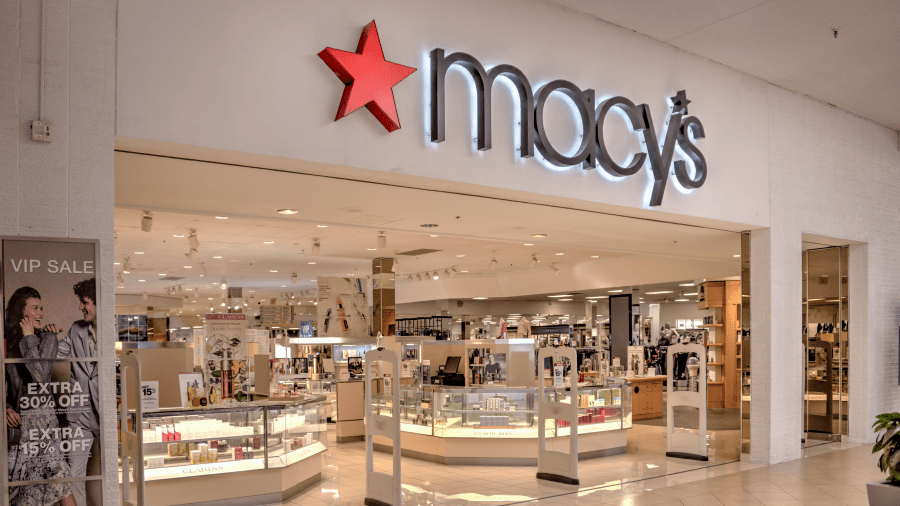 Jamaican designer to debut in Macy’s

The creations of Sherwayne Mahoney, CEO and creative director of fashion label Things II Come, which specialises in accessories, clothing and shoes, will debut its footwear in Macy’s spring and summer 2022 collections.
Macy’s is described as “America’s Department Store”, an iconic brand and retail industry leader known for value and high-quality products.

Mahoney, who was born to Jamaican parents in New York, made the breakthrough after 14 years of promoting awareness of his brand in the tristate area and wider markets. His love of art and drawing, as well as production of works in high school, led to his enrolment at Parsons School of Design, before transitioning to the Fashion Institute of Technology (FIT). There he was introduced to the luxury market where detailing, fine fabrics and rare materials were emphasised.

While at college, Mahoney worked in retail, including at Tommy Hilfiger where he was as assistant merchandiser; Escada USA, as director of merchandising and sales; Nine West Holdings; and Easy Spirit.

Even while holding down the jobs, Mahoney continued to expand his portfolio, noting, “I continued growing my brand awareness as much as I could, developed additional jewellery styles, and increased our luxury scarves customer base.

“Simultaneously,” he explained, “I took on temp jobs at other fashion brands to support the business and myself.”

He started Things II Come in 2009 with a line of scarves, later adding jewellery, sofa pillows, made-to-measure clothing; and later his women’s footwear.

Mahoney attributes his designing ways to his parents. His father designed leather items while his mother was a model, an arts director and playwright. The fashion designer applied what he learnt to his own designs, developing signature styles along the way.

He told Jamaica Observer, “It’s been such a journey. I might have to reach out to make a movie!
The breakthrough for Things II Come actually occurred during the pandemic.

“The COVID-19 pandemic happened and the world stopped. During this time, I answered a request sent to me and took a job as a first-responder & essential worker to help my community members stay safe against the spread of the virus. I was stationed in the Bronx and Upper Manhattan areas of New York City, working six days a week,” Mahoney added.

During the middle of the pandemic, he shared, “I found myself accepting a job at a successful and profitable fashion brand in Seattle, Washington, so I moved from New York City, but the most amazing thing happened. Two months into the job, in October 2020, I was reading a web article on Bloomberg.com where Macy’s CEO was looking to add 15 per cent more minority-owned brands throughout the Macy’s sales floors.”

Mahoney said he soon made contact and got his footwear reviewed by members of the Macy’s team. He was invited to “The Workshop @ Macy’s”, a vendor’s programme where he got advanced training in working with the large retailer.
Following this came the invitation to participate in “Spring of 2022 with a new fresh, colourful collection.”

He outlined, “We will be available on macys.com and in six Macy’s department stores. Three in New York City (Bronx, Brooklyn and Herald Square), two in Atlanta, and one in Aventura Florida. This year’s revenue forecast is looking to be about US$1.2 million.”

The designer told the Caribbean Business Report, “I want to expand, but not too fast. I want to continue to develop my great partnership with Macy’s, and open up new category opportunities through more Macy’s stores.”

Mahoney was told that Things II Come jewellery and handbags would be a great addition to shoes and so he will also be working on the project for fourth quarter 2022 and through 2023. The entrepreneur also wants to close more vendor partnership deals with other major department stores.

The designer said that overtime he has personally invested his paychecks from every job taken on, noting as well, “I also used those jobs as a “physical resource” for “observable and hands-on education and training.”

He said he also invested in relationships & networking, researching “people within my industry that would be open to entrepreneurship and who I could call on to help me with professional advice and assistance if needed.”

He noted that “one of the smartest methods of financing that worked for me,was self-financing and family investment, which I grouped and used to purchase raw materials and build a brand identity.”

Now that he will debut in Macy’s, he is open to joint ventures and partnerships from similar businesses in the industry that could support the brand both financially and logistically.

Mahoney said, “It has always been a dream of mine to open up a beautiful retail store in a great luxury hotel in Jamaica, so I would love to partner with one or two there, and provide their customers with a great shopping experience.”